GROUNDED: From the Director

In a world where a man who lives in a golden tower can become Commander-in-Chief of the largest military force on earth, we ask, what will become of women warriors in the future? GROUNDED by George Brant tells the story of an ace fighter pilot whose career is ended early due to an unexpected pregnancy. She is reassigned to operate military drones, hunting terrorists by day in a drab Las Vegas trailer, and returning to her family each night.  Her sense of reality becomes blurred as she struggles to reconcile her new home life with the pressures of waging a war half a world away.

This is the inaugural production of a new professional theatre company in the state of South Carolina. It has been developed under the support of the Department of Theatre and Dance at USC. With the fermentation of undergraduates, graduates, and faculty we have developed this immersive experience. It’s a visceral production that gives the perspective of the dark side of the 21st Century American dream. Using nothing but four walls and single actor, we create the modern Iliad or Odyssey. The Pilot, the only character you will see onstage, stands literally and figuratively alone. Her journey is one defined by isolation and paranoia, the fear that every other soul is working against her, but we hope to illustrate the importance of the opposite: communication, empathy, and understanding.

Productions like Grounded have the ability to reinvigorate with imagination, innovation, and relevance. It is imperative that we create theatre that will sustain and transform the 21st century revitalizing audiences and rewarding them for their patronage. 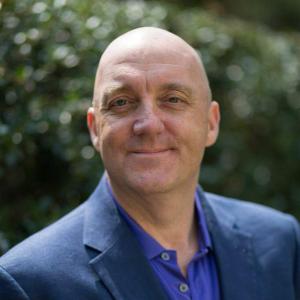 Follow Us on Social Media for the Latest Updates

Full Circle Productions is a company of professional artists who are dedicated to stories that deal with social justice and support diversity in all its forms. Full Circle is committed to interdisciplinary collaboration and is dedicated to making live performance that is accessible to the entire community by providing multiple points of entry to the experience.